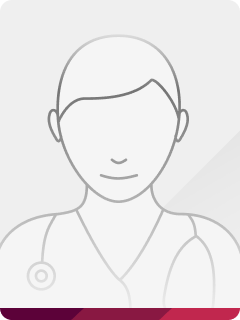 Dr. Golombek is a Professor of Pediatrics and Clinical Public Health at New York Medical College, and an Attending Neonatologist at the Regional Neonatal Center of the Maria Fareri Children's Hospital at Westchester Medical Center.

He is the past president of the New York Perinatal Society, member of the American Academy of Pediatrics, the Society for Pediatric Research, the American Public Health Association and the Ibero-American Society of Neonatology.

His research interests include the use of inhaled nitric oxide in newborn babies (for pulmonary hypertension in term and late-term infants, and for prevention of chronic lung disease in preterm infants). He participated as a Site-PI in the NIH-sponsored trial "NO-CLD", published in the New England Journal of Medicine in 2006 (Improved outcome with inhaled nitric oxide in preterm infants mechanically ventilated at 7-21 days of age. N Engl J Med 2006;355:1-11). He served as a co-PI with Dr. LaGamma in a National Institute of Neurological Disorders and Stroke (NINDS)-sponsored trial regarding supplementation of thyroid hormone to extremely low birth weight infants with transient hypothyroxinemia of prematurity – currently planning a Phase 3 study in the same area.

His interest in respiratory syncytial virus (RSV) has been shown in the organization and monitoring of a follow-up program of administration of Palivizumab prophylaxis for RSV for newborn infants at-risk for acquiring RSV disease. He has published in this area and has been interviewed many times for radio, newspapers and TV, both in Spanish and English. He has lectured extensively on these topics through Latin America.