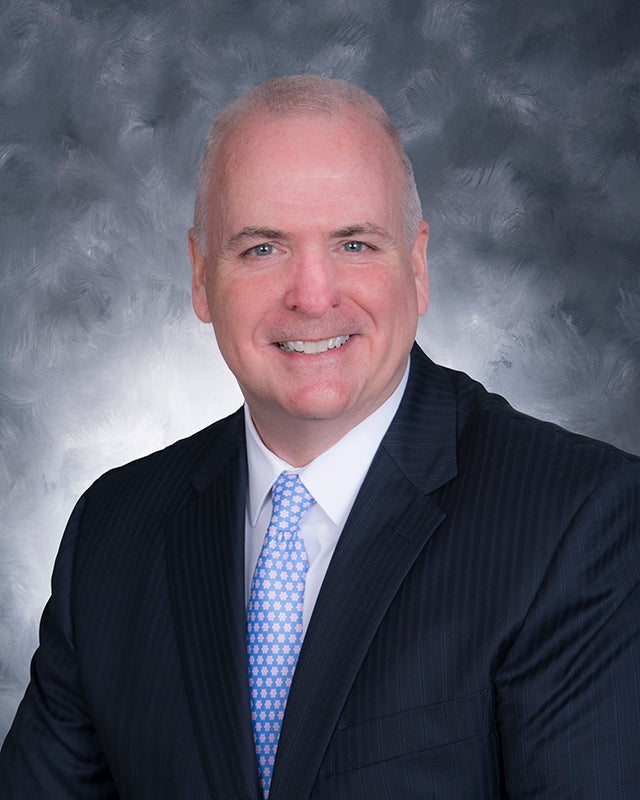 Garnet Health is pleased to announce the appointment of Jerry Dunlavey as the new Vice President of Operations for Garnet Health and new Chief Operating Officer (COO) for Garnet Health Medical Center– Catskills. Mr. Dunlavey brings more than 23 years of healthcare leadership to this role.

Mr. Dunlavey officially began his new position on June 5, 2022. In his role as Vice President of Operations, he is responsible for systemwide operations of Support and Professional Services including Pharmacy, Laboratory, Diagnostic Imaging, Security, Environmental Services and Food & Nutrition Services. As Chief Operating Officer of Garnet Health Medical Center – Catskills, he is responsible for the daily operations of its two Sullivan County campuses located in Harris and Callicoon.

Mr. Dunlavey has been applying his financial and business background, coupled with his medical experience as a Doctor of Chiropractic Medicine, for several years to support various Garnet Health initiatives that have resulted in expansion of services and strategic integration.

“Jerry’s dedication to the Garnet Health mission has strongly supported our ability to provide and deliver quality healthcare to our community,” said Alfred Pilong, Jr., President & CEO, Garnet Health. “He is a strategic thinker with an astute mind for business and financial solutions that drive growth. As COO for Garnet Health-Catskills, Jerry’s leadership strength will be a valuable asset to the Sullivan County community.”

Prior to his current position, Mr. Dunlavey was the founding executive for Garnet Health Doctors, the health system’s employed medical group. In this role, he collaborated with multiple health system leaders to establish the corporate and operational structure necessary to support the growth and development of a fully integrated health system physician group. Mr. Dunlavey also served as the senior executive responsible for the development of seven ACGME-accredited residency programs adding to the depth of clinical education and training provided by Garnet Health Medical Center and Garnet Health Doctors. Mr. Dunlavey’s tenure with the organization also includes serving as Vice President of Clinical Program Development and Operations where he was responsible for the growth, development and operations of several hospital-based clinical service lines including cardiology, orthopedics, oncology, neuroscience and medical rehabilitation.

Providing healthcare to approximately 450,000 residents in Orange, Sullivan and Ulster counties, Garnet Health was designed to improve the quality, stability and efficiency of healthcare services in the mid-Hudson and Catskill region. Garnet Health provides services by more than 4,000 employed professionals and over 850 medical staff members. An academic affiliate of the Touro College of Osteopathic Medicine, Garnet Health retains compassionate professionals who continually strive toward the hospital’s mission to improve the health of our community by providing exceptional healthcare. To learn more about Garnet Health, visit garnethealth.org