Garnet Health Board of Directors

Meet the members of our Garnet Health Board of Directors: 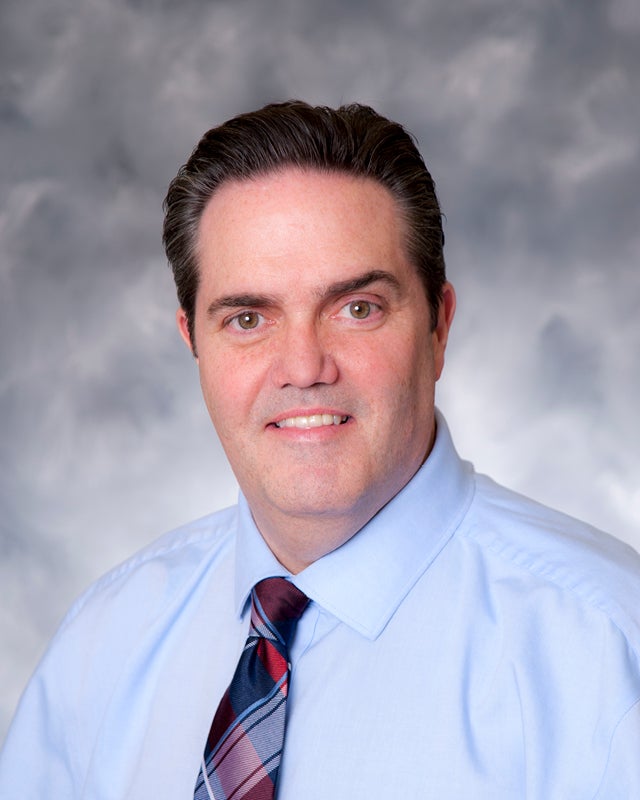 Phillip Massengill, MD joined the Medical Staff at Garnet Health Medical Center's Horton Campus in 2006. He is a partner at ENT and Allergy Associates, LLP in Middletown, New York. Dr. Massengill attended Medical School at Boston University School of Medicine, performed his Surgical Internship at Walter Reed Army Medical Center in Washington, DC and completed his Residency in a combined training program with Madigan Army Medical Center in Tacoma, Washington and the University of Washington in Seattle, Washington. He also served as Chief Resident at the Madigan Army Medical Center in Tacoma, Washington. After completing his residency, Dr. Massengill was assigned to Fort Bragg, North Carolina and subsequently deployed as the Battalion Surgeon for the 3/504 Parachute Infantry Regiment, 82nd Airborne Division in support of Operation Iraqi Freedom.

Dr. Massengill is Board-certified in Otolaryngology-Head and Neck Surgery and is a Fellow of both the American Academy of Otolaryngology- Head and Neck Surgery and the American College of Surgeons. He is a Board member of the New York State Society of Otolaryngologists and is a member of the Medical Society of Orange County, New York. Dr. Massengill has several published works, honors and military awards. He has served in several medical staff leadership positions which include Chair, EENT Department and Vice-President and President of the Medical Staff at Garnet Health Medical Center. He was the recipient of the 2016 Physician Recognition Leadership Award. 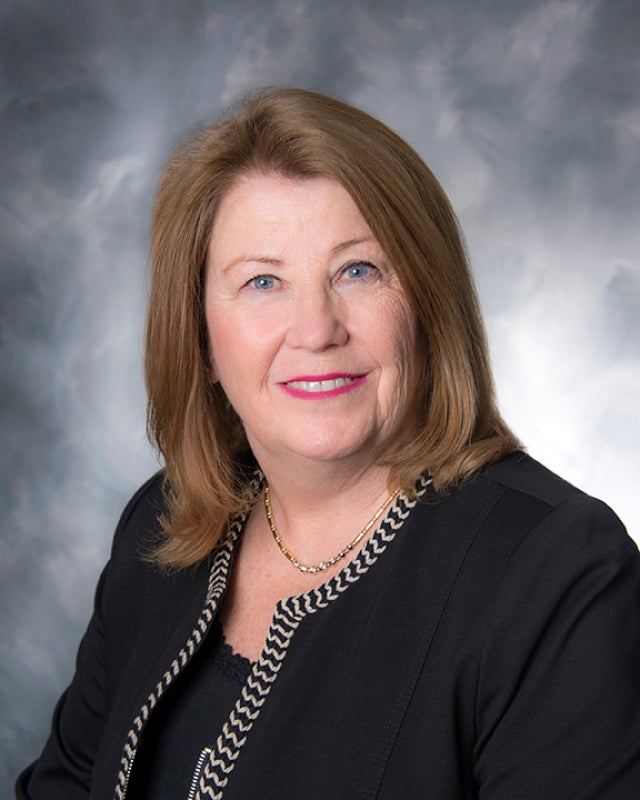 Susan Murray-Tetz worked as the Orange-Ulster BOCES Activation Coordinator for the Orange-Ulster BOCES Countywide Mental Health Crisis Team. Previously, she was the Coordinator of Mental Health for Orange-Ulster BOCES in Goshen, New York, overseeing the departments of: Speech, Physical Therapy, Counseling and Occupational Therapy for students in Special Education and the delivery of related services. Prior to her career, Susan Murray-Tetz earned a Master’s degree in Social Work at Fordham University. She also holds a Certificate in Advanced Study in Educational Administration from Massachusetts College of Liberal Arts.

Susan Murray-Tetz currently holds professional affiliations as a Member of the Orange County Youth Board, as Chair of Allocations Committee since 1977, and as Chair of Luncheon/Dinner Awards Committee since 1982. In 2000, Susan received NYS Office of Children and Families’ Outstanding Community-Based Board Member recognition, as well as the New York State Senate: Woman of Distinction Award in 2004, among many other awards and recognitions throughout her career. 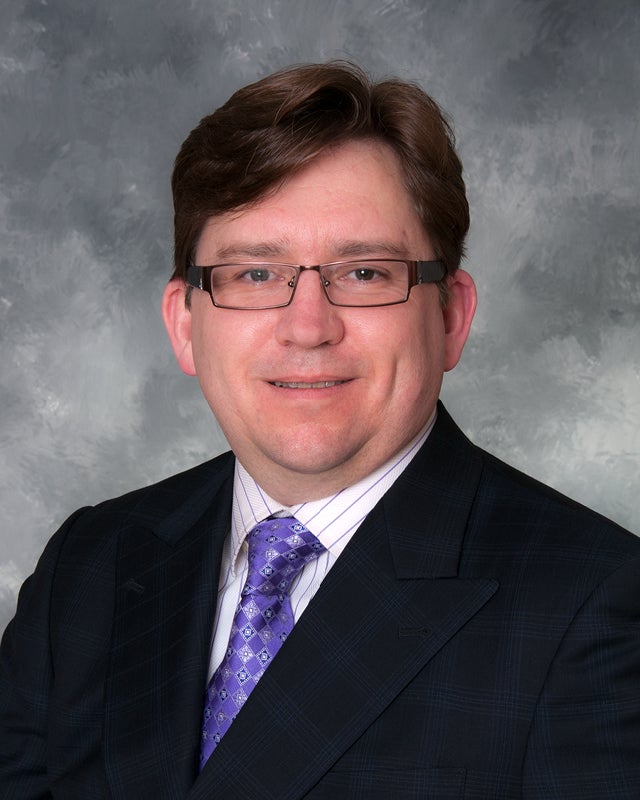 Jonathan Rouis is the Managing Partner at Rouis & Company CPAs, LLP in Wurtsboro, New York where he focuses on corporate accounts across the region and NY-metro area. He earned a Bachelor of Arts Degree in Business Administration from St. Bonaventure University.

Mr. Rouis is the District Four Legislator in the Sullivan County Legislature, having served a total of 11 years, including four years as Vice-Chairman and four years as Chairman of the Legislature. He currently Chairs the Legislature’s Standing Finance and Gaming Committees. Mr. Rouis’ background in accounting and finance has provided him unique perspective in the current economic crisis, which he has used to lead the County in financial restructuring designed to provide greater transparency and accountability. 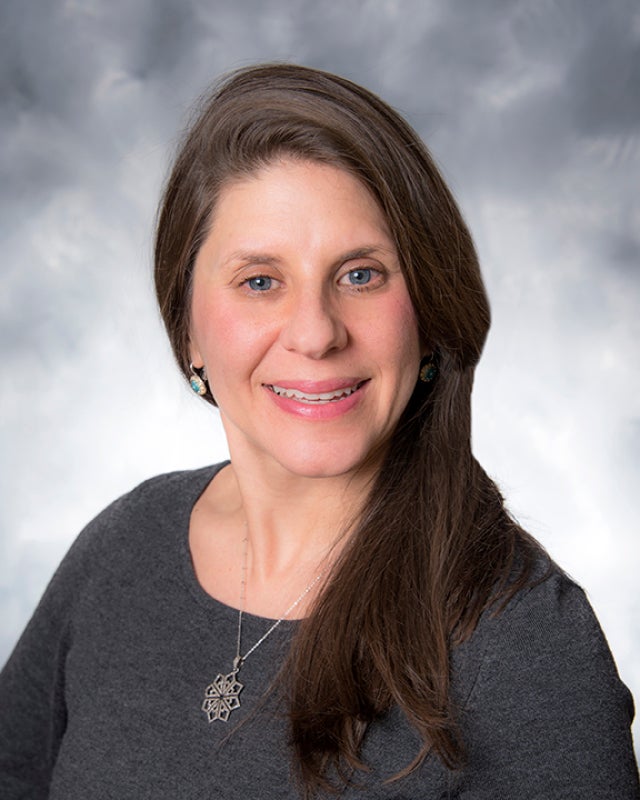 Dory H. Alport is the President of A. Alport & Son, Inc in Fallsburg, NY. There she leads daily operations including business development, sales, marketing, inventory management, delivery schedules, and customer service, as well as managing her staff of 20 employees. She received her Masters of Business Administration at the University of New Hampshire, and holds organizational affiliations as Secretary and Board of Director, Member of Executive Committee, Chair of the Trade Show Committee at the Builders Association of the Hudson Valley.

Jerry Dunlavey serves as Interim President and CEO of Garnet Health, a three-hospital healthcare delivery system located in New York’s mid-Hudson Valley, and Interim Chief Operating Officer of Garnet Health Medical Center, the main Middletown campus in Orange County. As Chief Operating Officer of Garnet Health Medical Center - Catskills, Jerry is responsible for the daily operations of GHMC-Catskills’ two Sullivan County campuses located in Harris and Callicoon. Mr. Dunlavey has over 23 years of healthcare leadership experience with the most recent years spent working within an integrated health system. Prior to his current role, Mr. Dunlavey was Vice-President of Operations for Garnet Health.

Prior to his role as Vice President / Executive Director of Garnet Health Doctors, Mr. Dunlavey was Vice President of Clinical Program Development and Operations at Garnet Health.  In this capacity, he was responsible for the growth, development, and operations of several hospital based clinical service lines including cardiology, orthopedics, oncology, neuroscience and medical rehabilitation.  He led numerous business and clinical development initiatives including the growth of the orthopedic department’s Total Joint Program, the development of a Level 2 Neonatal Intensive Care Unit, implementation of Primary Coronary Intervention, and the development of a Pediatric Emergency Department. 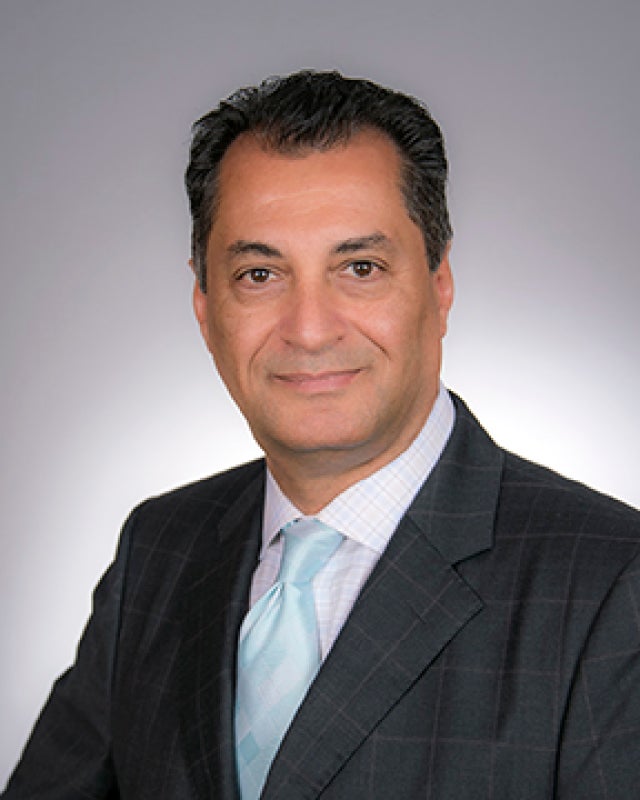 Dr. Rafik Elsabrout is a general surgeon with Garnet Health Doctors. He is Chief of Surgery, Chief of the Surgical Services Committee, Vice President of Medical Staff and a member of the Medical Executive Committee at Garnet Health Medical Center-Catskills.

He earned his Master’s degree and Doctorate degree in surgery, from Cairo University in Egypt and his Masters of Business Administration degree in Healthcare Management from Capella University. Dr. Elsabrout is also an educator, having taught as an Associate Professor in the Department of Surgery at both New York Medical College in Valhalla, New York, and Cairo University.

Dr. Elsabrout is a Fellow of the American College of Surgeons and a Fellow of the Royal College of Physicians and Surgeons of Glasgow, United Kingdom. He is also a Member of the American College of Healthcare Executives. Dr. Elsabrout held the position of Director of Renal Transplantation Program at Westchester Medical Center and has published extensively in the field of transplantation and immunology. 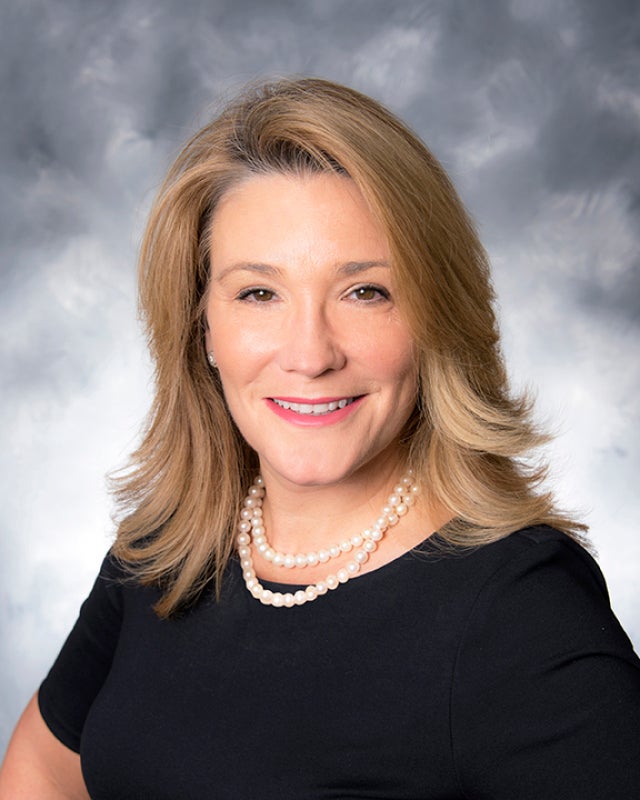 Dr. Hahn-Schroeder has been a registered nurse since 1992, working at a major academic institution in New York City, as well as community hospitals and home care.  Dr. Hahn-Schroeder is the first nurse serving as a board member for Garnet Health Medical Center.  She earned a Doctor of Nursing Practice degree from Sacred Heart University.  She holds an AS-Nursing from Rockland Community College, earned her BSN from SUNY Delhi, and her MSN Ed. Norwich University. 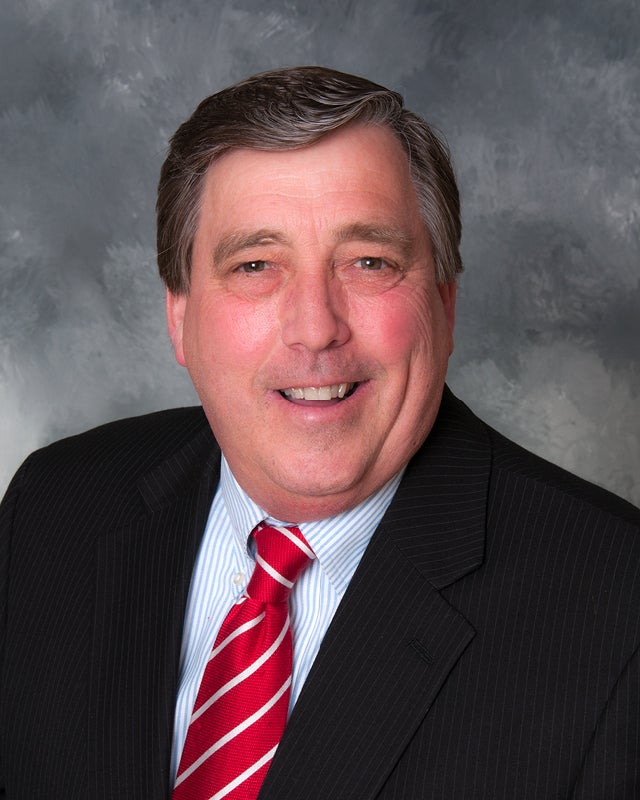 Mr. Lander holds a Bachelor of Science degree in Accounting from Fairfield University. Lander is a Past Supervisor for the Town of Tusten and was a Member of the Narrowsburg Central School Board and the Sullivan West School Board. 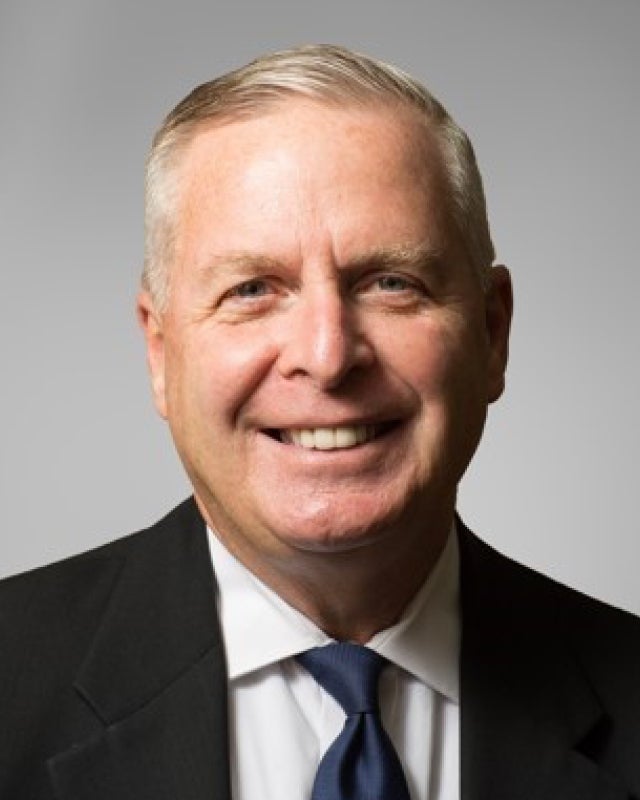 Timothy McCausland is a Managing Director with Sterling National Bank in Middletown. Prior to joining Sterling, Mr. McCausland spent over a decade in various senior roles at Orange Bank & Trust Company, ending his tenure there as Managing Director of Private Banking. Prior to his time at Orange Bank & Trust, he was President & CEO of the Sullivan County Partnership for Economic Development in Monticello, New York. 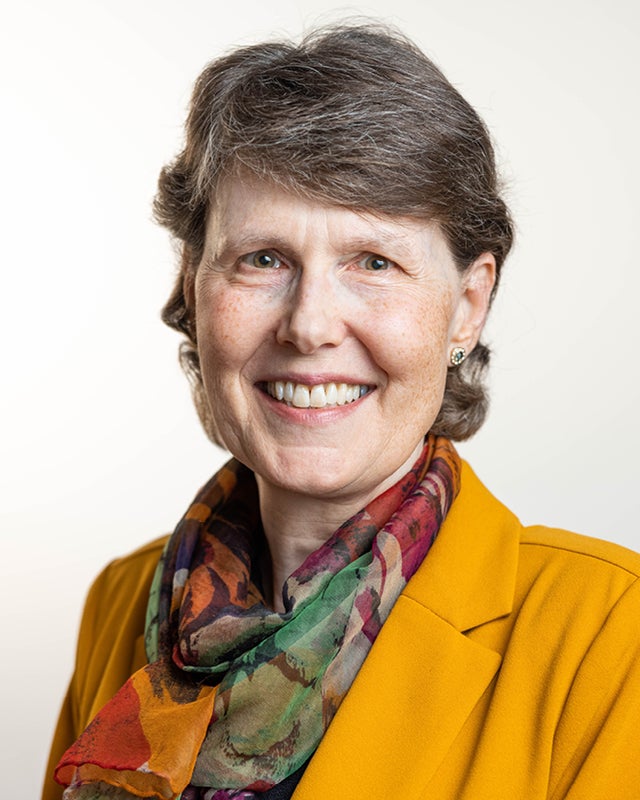 Bonnie J. Orr, CPA is a shareholder of Judelson, Giordano & Siegel CPA, P.C. and began her career in public accounting in 1981. Ms. Orr specializes in the area of estates and trusts and provides expert tax and accounting advice to a wide range of closely held businesses. Working closely with clients and their attorneys, she delivers estate and personal tax planning strategies which maximize the transfer of wealth to future generations and provides for a long and comfortable retirement without losing sight of a client’s current financial needs.

Currently serving as an officer and board member of several local charities, Ms. Orr is also a past president of the Hudson Valley Estate Planning Council. 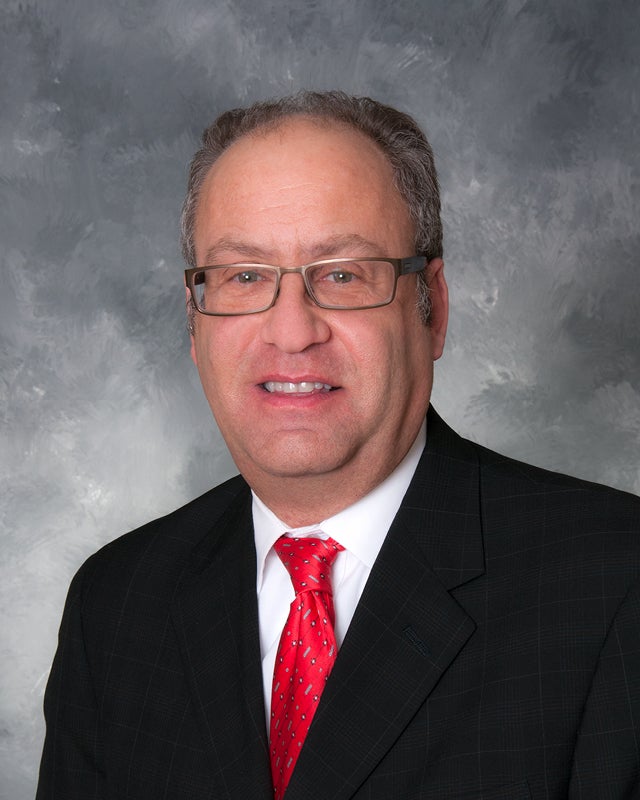 Andrew Pavloff is a Partner in the Accounting Firm of Knack, Pavloff & Company, LLP with offices in Monticello and Goshen, N.Y. Mr. Pavloff holds a Bachelor of Science degree in Accounting from SUNY Albany and became a New York Certified Public Accountant in 1982. Andrew has over 33 years of diversified experience in accounting, auditing, taxation and consulting.

He currently serves as Director and Secretary of the Cooperative Federal Credit Union, and is a member of the Community Foundation of Orange and Sullivan Counties Board of Directors. Previous posts include being a member of the United Way of Orange County Board of Directors, Chairman of the Board of Commissioners of the Woodridge Fire District from 1998 to 2007, Advisory Board Member for Catskill Hudson Bank from 2001 to 2003, Trustee and Deputy Mayor of the Village or Woodridge, as well as posts in several other civic organizations. Mr. Pavloff resides in Newburgh, New York. 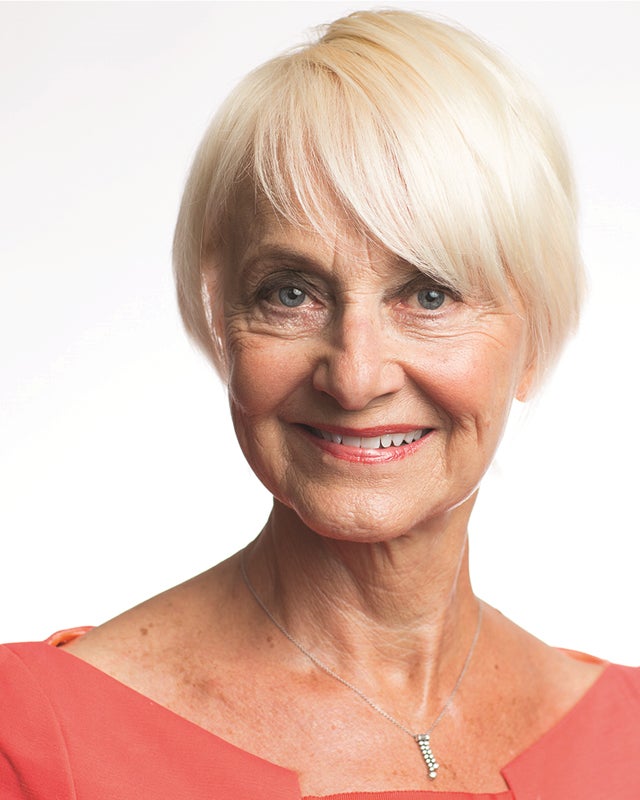 Mrs. Rizzo is the owner and president of Eclat, a management and human resources consulting firm. She is also Vice President of Rizzo, Inc.; a commercial moving company. She serves as a Director for Orange Bank and Trust Company. Mrs. Rizzo works on a volunteer basis with various Orange County non-profits, including Leadership Orange, Cornell Cooperative Extension and Women of Achievement, supporting the Girl Scouts of America and the Young Women’s Christian Association (YWCA).

Mrs. Rizzo spent 24 years with International Paper’s Corporate Research Center in Tuxedo, NY, a Fortune 50 corporation and the world’s largest paper company. During those years, she advanced from a research and development scientist to a number of managerial positions in training, development and human resources and retired as Laboratory Director, overseeing the research center. 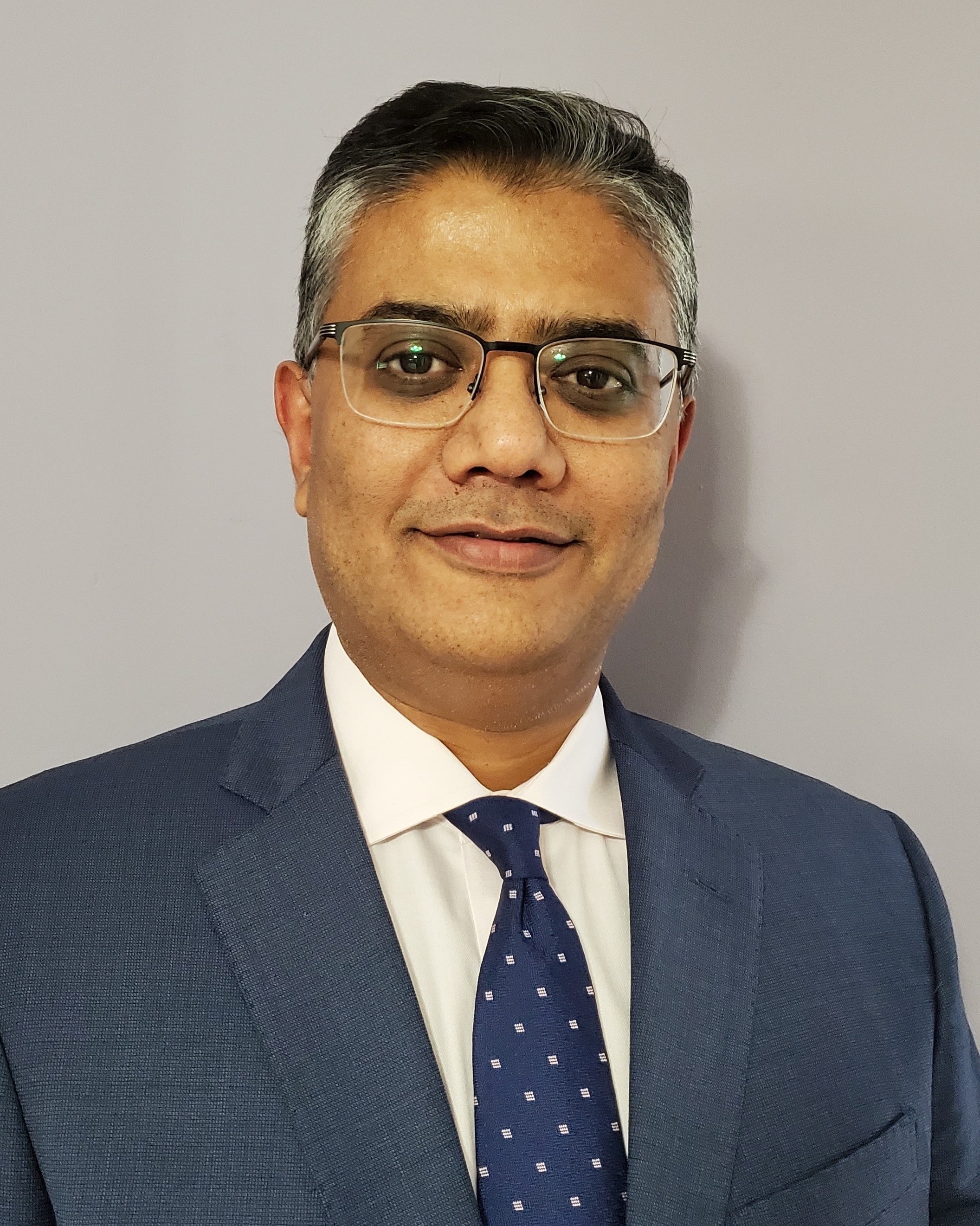 Bhargav A. Vyas is an Assistant Superintendent for Compliance and Information Systems at Monroe-Woodbury Central School District. Mr. Vyas provides leadership for the continued development of an innovative, robust, and secure information technology environment throughout the school district. He has been a pioneer educational technology leader for over 20 years. His expertise in the field of network infrastructure, cyber security, district leadership and supporting students and staff has showcased through his progressive career.

Prior to joining Monroe-Woodbury Central School District, Mr. Vyas was a director of technology for Orange-Ulster BOCES supporting network infrastructure for 25 school districts. He  recently completed his doctorate in educational leadership at Fordham University. He holds a  Master of Science degrees in Educational Leadership and Administration, Education, Computer Engineering, Environmental Engineering and a Bachelor of Science degree in Civil Engineering. 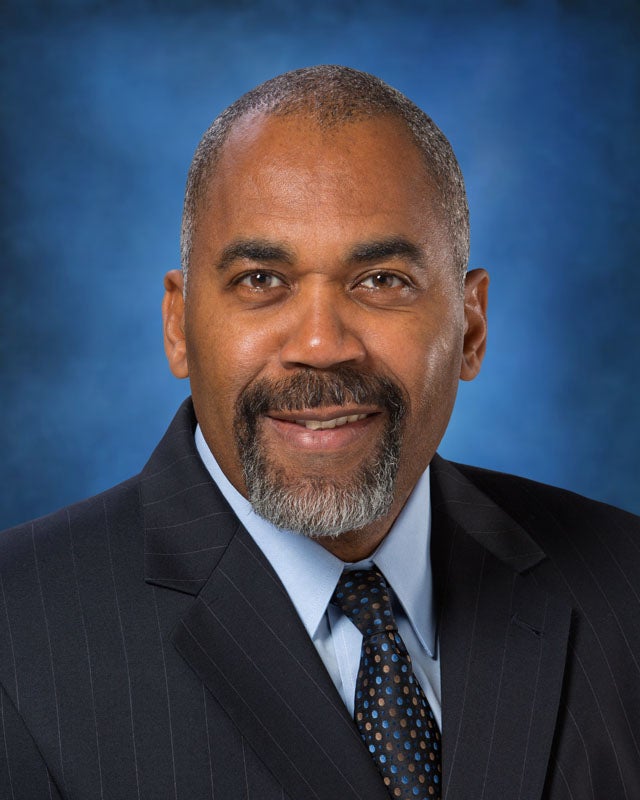 Mr. Watson received his Master’s degree in Food Service Administration from New York University and his Bachelor’s degree in Dietetics and Institutional Management from Virginia State University. He is a graduate of the Advanced Minority Business Executive Program and the Minority Business Executive Program from the Amos Tuck School at Dartmouth College and served as an Adjunct Professor at Long Island University, C.W. Post Campus, where he taught Food Service Management II to Dietetic Students.

Meet the exceptional individuals of the Garnet Health's Executive Leadership that have such an impact on our organization and system.

Find or discover all of our services at Garnet Health.