At Garnet Health we recognize the impact that talented professionals have on the lives of our patients. Learn more about the exceptional individuals that comprise Garnet Health's Executive Leadership Team that drive our organization to improve the health of our community by providing exceptional healthcare.

Alfred Pilong, Jr. (RPh, MDiv, MBA, FACHE) started his healthcare career as a pharmacist. He has an extensive history of executive healthcare leadership positions in complex health systems and has an impressive array of experience amassed over his more than 30 year career in healthcare. Mr. Pilong currently serves as the President & CEO of Garnet Health, a three-hospital healthcare delivery system located in New York’s mid-Hudson Valley.  Before joining Garnet Health in January of 2022, he most recently served as CEO of Novant Health UVA Health System in Warrenton, VA., now known as UVA Community Health.

Prior to his role at UVA Community Health, Mr. Pilong served for six years as President of Munson Medical Center, a 450-bed tertiary level regional referral center. He was also the Chief Operating Officer of Munson Healthcare, a nine-hospital system based in Traverse City, MI.

Prior to that, he served for eight years in progressive senior leadership roles for Valley Health, a six-hospital healthcare system based in Winchester, VA.  He ultimately held the role of President for Valley Health’s flagship hospital, Winchester Medical Center, as well as Senior Vice President for the health system with oversight of all centers of excellence including heart and vascular services, orthopedics, and neurosciences.

Additionally, Mr. Pilong spent 13 years holding multiple senior leadership roles at Bayhealth in Delaware, and clinical positions at Kent General in Delaware.  His career began in NJ as a community pharmacist as well as spending time in NYC as a hospital staff pharmacist.

Mr. Pilong received his Bachelor of Science Degree from Rutgers University College of Pharmacy, his Master of Divinity degree from Alliance Theological Seminary and his MBA from Saint Joseph’s University. He is board certified in healthcare management and is a Fellow of the American College of Healthcare Executives.

Joe Anesi oversees the office of General Counsel for Garnet Health: a central resource for all legal services and exclusive contact for outside counsel retention and management. He is responsible for all physician, managed care and business contracting; defense of all litigation; providing legal support to all members of the System and advising System Chief Executive Officers and Board of Directors on strategy and governance. Mr. Anesi also oversees the Associate General Counsel and Risk Management division.

Prior to assuming his role within Garnet Health, Mr. Anesi spent more than 23 years practicing law with law firms as well as public, private and not-for-profit corporations. His background includes corporate, regulatory, litigation and healthcare practices.

Rosemary Baczewski is responsible for system oversight of all hospital services and for ensuring compliance with DNV GL standards, Institute for Healthcare Improvement (IHI) and National Quality Forum (NQF) initiatives. With an extensive background in Process Improvement, Ms. Baczewski has worked in the healthcare industry for more than 20 years. Prior to joining the System in 2011 where she previously held the position of Chief Clinical Officer, Ms. Baczewski served as the Senior Director of the RN Labor Management Initiative with the League of Voluntary Hospitals and Homes/1199 SEIU Training and Education Fund. She also served as Director of Process Management for Horizon BlueCross/BlueShield of New Jersey, Executive/Managing Consultant for Johnson & Johnson Health Care Systems and as a Consulting Director for McFaul & Lyons.

William Dauster is the Chief Development Officer for Garnet Health and is responsible for major donor cultivation and solicitation and for oversight of the system’s grants process.  He also serves as the President of the Garnet Health Foundation.

Mr. Dauster has a broad array of experience in philanthropy, specializing in fundraising development. Prior to joining Garnet Health Medical Center, he was Vice President of Marketing and Development for Hudson Valley Hospital Center where he was responsible for foundation operations, capital campaign and revenue growth. Additionally, Mr. Dauster was responsible for marketing, public, community, government and physician relations. He completed a $16 million campaign at Hudson Valley Hospital Center and a $20 million campaign for a replacement facility for Jersey City Medical Center in New Jersey.

Mr. Dauster received his Master of Science degree in Specialized Journalism - Industrial Advertising & Public Relations from NYU Polytechnic University and his Bachelor of Arts degree in English from William Paterson University. He is a Certified Fund Raising Executive and founding President of the Association of Fundraising Professionals, Westchester Chapter. He has also been elected to the Vision Hudson Valley Board of Trustees.

Jerry Dunlavey serves as Vice President of Operations for Garnet Health and is the Chief Operating Officer for Garnet Health Medical Center – Catskills. In his role as Vice President of Operations, he is responsible for system wide operations of Professional Services including Pharmacy, Laboratory, Diagnostic Imaging, Security, Environmental Services, and Food & Nutrition Services. As Chief Operating Officer, Jerry is responsible for the daily operations of GHMC-Catskills’ two Sullivan County campuses located in Harris and Callicoon.   Mr. Dunlavey has over 23 years of healthcare leadership experience with the most recent years spent working within an integrated health system.

Prior to his role as Vice President / Executive Director of Garnet Health Doctors, Mr. Dunlavey was Vice President of Clinical Program Development and Operations at Garnet Health.  In this capacity, he was responsible for the growth, development, and operations of several hospital based clinical service lines including cardiology, orthopedics, oncology, neuroscience and medical rehabilitation.  He led numerous business and clinical development initiatives including the growth of the orthopedic department’s Total Joint Program, the development of a Level 2 Neonatal Intensive Care Unit, implementation of Primary Coronary Intervention, and the development of a Pediatric Emergency Department.

Mr. Filippini was previously Associate Chief Information Officer at Garnet Health. He was responsible for the Communications and combined Information Technology (infrastructure, financial, and clinical) teams and served as a member of the IT Innovation and Technology committees.

Mr. Grigg holds both a Bachelor’s and Master’s degree in Accounting, is a Certified Public Accountant and has over 30 years of experience in healthcare finance, accounting and reporting.

Joanne Huber-Sturans is Executive Vice President of Corporate Services and Chief Human Resource Officer for the system and is responsible for overseeing all aspects of Human Resources including Organizational Learning & Development Department, the Volunteer Department and Occupational Health and Wellness. Additionally, she is responsible for Community Health, Strategic Planning, Corporate Communications, Marketing, Administrative Services and Information Technology Services. As Chief Human Resource Officer, Ms. Huber-Sturans has over 22 years’ experience in Human Resources and leadership with the majority of that time being spent in healthcare and hospital systems.

In her role as Chief Nursing Officer and VP of Patient Care Services, Ms. Lange-Ahmed maintains clinical and patient-care standards. This includes ensuring that the patients are safe in the hospital and have access to the right medical care. She is also responsible for formulating and implementing new nursing strategies. 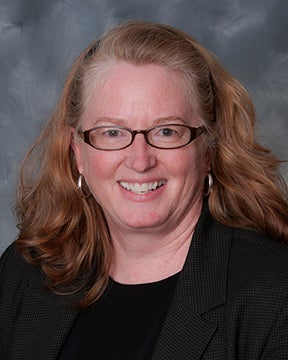 Dr. Pamela Murphy has been an Emergency Medicine physician in our community since 1993. She came to Garnet Health Medical Center in 2013 as an Emergency Medicine physician with Schumacher Group and for the past five years has served as Physician Advisor and Vice President of Emergency Services and Observation Medicine. Dr. Murphy also serves as the EMS Medical Director of the Hudson Valley Region, and is the Medical Director for the Orange County Department of Health.

Dr. Murphy received her Bachelor's Degree in Chemistry / Biology from California State University, her Medical Degree from St. George's University School of Medicine. She completed her residency at the Brooklyn Hospital Center in Brooklyn, NY and is a Board Certified Fellow if the American College of Emergency Physicians. Dr. Murphy is currently pursing her MBA.

Izabela Nowosielski, MD, is President & Chief Medical Officer for Garnet Health Doctors and is responsible for the overall quality and operation of the medical group and patient experience. Dr. Nowosielski provides clinical leadership to the physicians that report to her and facilitates the development of strategies related to vision, culture, performance expectations as well as professional development and talent acquisition for the practice. In addition, Dr. Nowosielski is responsible for oversight of NCQA standards at Garnet Health ambulatory practice sites and leads efforts to develop and expand meaningful change around patient safety and quality. As a visionary leader in healthcare, she has achieved success through promoting patient-centered care, strategic collaboration and advancing physician leadership within the organization.

Dr. Nowosielski received her Doctor of Medicine from SUNY Downstate, Brooklyn, NY and is Board-certified in Internal Medicine. She completed her Internal Medicine Residency at Yale New Haven Hospital, in New Haven, CT. She holds a Master’s of Business Administration degree from the University of Massachusetts, Amherst.

Prior to joining Garnet Health, Dr. Nowosielski was Chief of Hospital Medicine at Englewood Hospital and Medical Center, an associate of Mount Sinai School of Medicine. 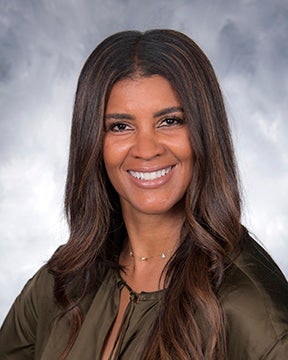 Ms. Sewell started her career at Arden Hill Hospital in 1990 as a registered nurse and has more than 30 years combined experience caring for patients in many areas such as Medical-Surgical, Oncology, Progressive Care and Critical Care.

Throughout her tenure with the organization, Ms. Sewell has held several nursing leadership positions and has been instrumental in several projects, most notably establishing the Medical Emergency Response Team (MERT) in collaboration with Nursing Professional Development, frontline staff and the ICU medical leadership team. She has served as Secretary and Chair of the Nursing Leadership Advisory Council, Chair of the Garnet Health Community Committee and has led projects such as Nurse Leader Mentorship and Food Insecurity and assisted in the implementation of the Garnet Health Medical Center Nursing Assistant Program in 2021. She is also an adjunct Nursing Instructor for Orange County Community College and is currently enrolled in a Doctor of Nursing Practice program. 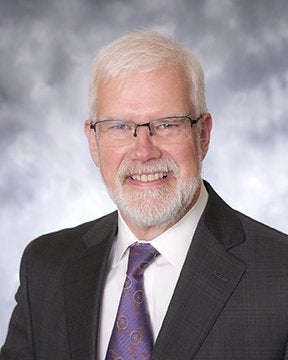 Mr. Smith has a Bachelor of Arts Degree from the Pennsylvania State University and a Master of Science in Public Health Degree from the University of Missouri. He is a Fellow in the American College of Healthcare Executives, a member of the Society for Healthcare Strategy and Market Development, and has held numerous Board leadership positions in local community agencies. 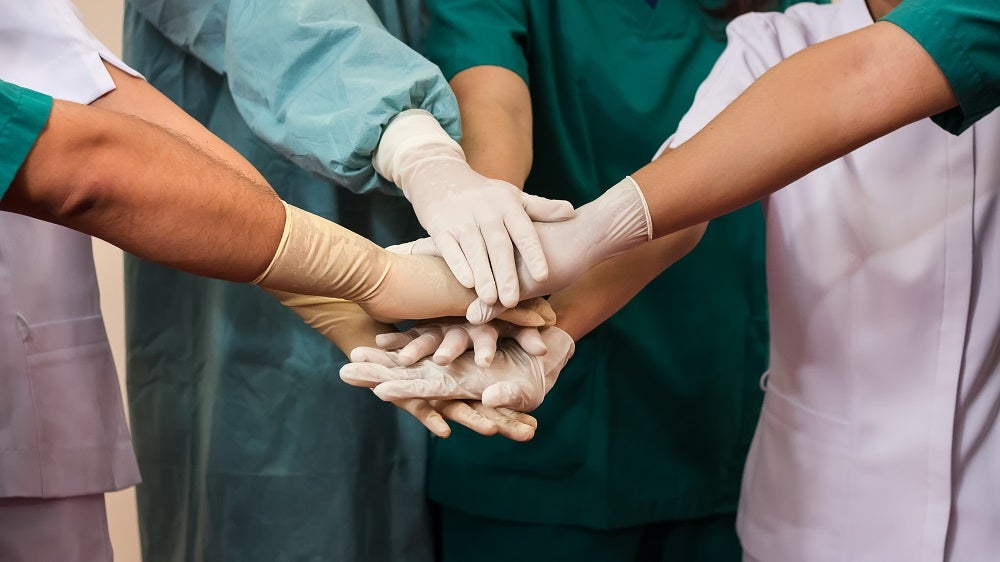 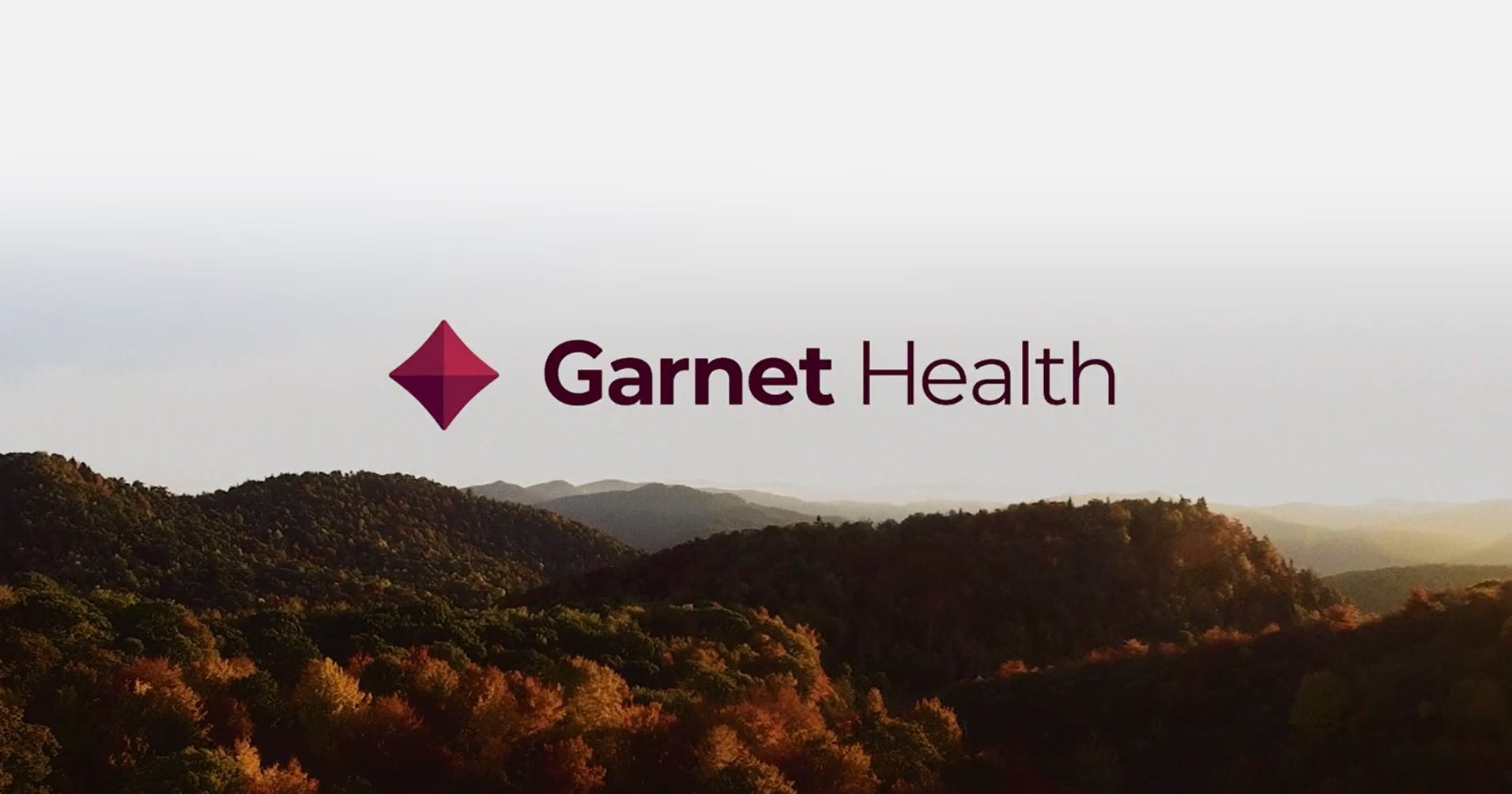 Find or discover all of our services at Garnet Health.