`
24 hours/day, 7 days/week, 365 days/year… No matter the time, season, or holiday, the Emergency Department at Garnet Health Medical Center is committed to providing patients with the very best in emergency medical care.

Thank you to all our friends and community members who participated in the 31st Annual Healey Brothers Golf and Tennis Classic.

View Photos from the Event

The renovation of the Emergency Department, a $40 million+ project, will increase treatment spaces from 45 to 100 and redesign of front-end processes for improved efficiency of care.

Every 20 minutes someone is in need of care in the Emergency Department.
That could be you, a loved one, a neighbor, or a friend.

“For many, the ED is their first experience with Garnet Health Medical Center. We want that experience to reflect all the quality work that goes on in our community hospital.” - Robin Brennan-Seibel, RN

No matter the time, season, or holiday, the Emergency Department at Garnet Health Medical Center is committed to providing patients with the very best in emergency medical care.

Whether it be an accident, life-threatening injury, or medical emergency, our Emergency Department stands as the first line of defense for saving lives and making a difference in almost every patient that comes through Garnet Health Medical Center’s bay doors.

Our hospital, and our patients, need the support of our communities to continue to bring the very best in emergency medicine to the Hudson Valley region.

“In trauma care, the first 10 minutes - the platinum 10 minutes - are often the most critical. That is why as the trauma surgeon - all of the care - has to be delivered as soon as the patient arrives in the Emergency Department.”

In order to ensure the continued quality of care to the region’s residential and commercial population, which is only expected to increase over the next 10 to 20 years, the Garnet Health Foundation is looking to generous philanthropists like you to help us transform emergency care through our Every Minute Counts capital campaign.

Garnet Health Medical Center is leading the region with access to state-of-the-art emergency care. By growing, we will be able to handle 85,000 patient visits each year. With a fundraising goal of $7 million and a total cost of $40 million, this major community investment will provide people in our region the emergency experience they deserve and expect for many years to come.

With your support, we will be able to provide life-saving care to more patients than ever. As a commitment to our future, the Garnet Health Foundation is asking you to give for our deserving patients, our dedicated physicians, and the health of our entire community. 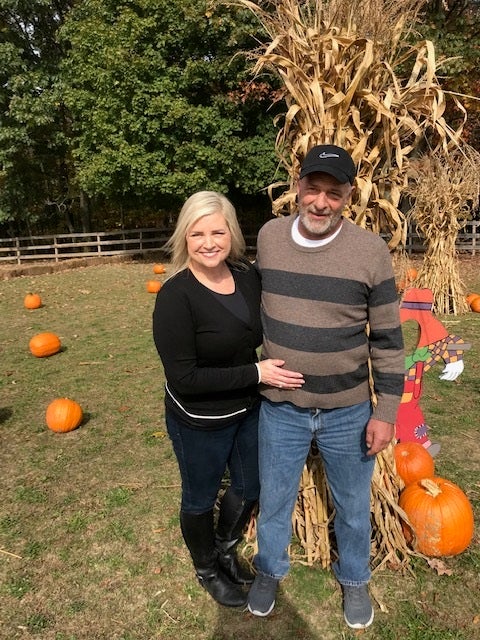 From the minute I arrived in the Emergency Department, the patient-centered care, skilled physicians, and excellent nursing staff reassured me that everything was going to be okay. 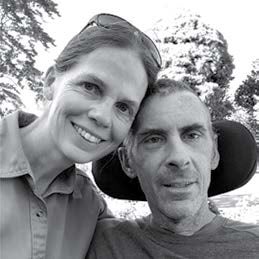 On the most difficult night of my life, when I thought I would lose my husband, I found hope at GHMC. I will be forever grateful for the care they gave my husband.

Explore Details of Our Capital Campaign

Garnet Health Medical Center’s Emergency Department expansion plans have been developed so that its team can continue to provide vital access to treatments and specialties simply impossible to receive elsewhere in our area.

The renovation of the Emergency Department, a $40 million+ project, will increase treatment spaces from 45 to 100 and redesign of front-end processes for improved efficiency of care.

Together, through giving and pledging, Garnet Health Medical Center will be able to continue to ensure the best possible healthcare for our community, including the following important improvements:

Garnet Health Medical Center’s Emergency Department was expected to accommodate roughly 50,000 patients annually. However, the ED provided care for nearly 62,500 patients in its first year, and over 79,000 in 2018.

In addition, in 2019, the ED earned the designation of a Level II Adult Trauma Center by the American College of Surgeons (ACS), making it one of only 11 hospitals in New York State to offer this high level of emergency care, and the only one of its kind in Orange County.

Such a rapid increase in patients and services has posed significant challenges for the ED staff, and necessitates additional care space.

Challenges by the Numbers

Emergency Department volume has increased 23.4% from 2015 through 2019, a pattern that is anticipated to only continue in the coming years due to rising population and healthcare needs in the community.

Orange County’s proximity to the NY metro area and other major population centers has made it an ideal location for both businesses and families. The last few years have shown significant growth, contributing to a growing community population.

It was a normal Thursday evening for Kelly Kryzak. She was working at a local nursery school, cutting out paper hearts for the kids in celebration of Valentine’s Day when she started to feel unwell. A few hours later at home, she began experiencing chest pains, pain in her left arm and shoulder, and vomiting.

“The doctor came in and told me I suffered a mild heart attack and they were going to take me to the Cardiac Catheterization Lab to see what kind of damage it did to the heart,” Kelly said.

When she reached the Cath Lab, Kelly suffered cardiac arrest. It took nearly 50 attempts with the automated external defibrillator (AED) to get Kelly’s heart to beat normally again. She was quickly outfitted with the Impella® heart pump to temporarily assist the pumping function of her heart, and then airlifted to Westchester Medical Center.

“I woke up 12 days later with a Left Ventricular Assist Device (LVAD),” Kelly said. “I had that for 13 months and then I had a heart transplant.”

As with most heart emergencies, time was pivotal to Kelly’s survival. Cardiac arrest occurs when the heart malfunctions and stops beating unexpectedly. Death occurs within minutes if the victim does not receive treatment.

“I was 45 years old when I had the heart attack that night,” Kelly said. “I went on and had three more heart attacks in that same night, the last one being massive. Garnet Health Medical Center’s fast response saved my life.”

EJ had a serious head injury as a result of a fall at a friend’s house, and needed immediate treatment. Garnet Health Medical Center’s emergency care team went to work right away, and quickly assessed that EJ’s fall had caused a brain hemorrhage. In fact, his brain bleed was so severe that the pressure it caused had pushed his brain from one side of his head to the other.

With brain injuries, like many other injuries or illnesses, the possibility of recovery can hinge on just a few precious seconds.

“When EJ came to us, he was having what easily could have turned out to be the worst day of his life,” said Medical Director & Chairman of Emergency Medicine for Garnet Health Medical Center Dr. Mathew Meigh. “We were able to mobilize our team of specialists and get him what he needed and turn that around for him.”

“You think your child is going to die,” Veronica said. “They told me that if I’d brought him in any later, the results might not have been as positive as they were.”

“The feeling I had waking up, knowing what happened before, but feeling ok - like nothing happened… I don’t think I’ll ever have a feeling of relief like that ever again,” EJ said. “It was truly a miracle. “

Serving as the frontline during the Novel Coronavirus pandemic, Garnet Health Medical Center’s Emergency Department was tasked with an immense responsibility. The ever-evolving healthcare landscape during COVID-19 included challenges such as increased patient volume, identifying and diagnosing contagious patients, infection control, and access to supportive departments and treatments.

In order to ensure Garnet Health Medical Center is prepared to meet the expeditious operational requirements necessary to care for the community in a post-COVID-19 world, the Every Minute Counts capital campaign now includes the addition of a Mass Casualty Pandemic Treatment Area.

The Mass Casualty Pandemic Treatment Area will not only help Garnet Health Medical Center meet the unique circumstances of COVID-19, but also improve healthcare in our region for future infectious disease outbreaks by providing the following solutions:

With the Mass Casualty Pandemic Treatment Area, Garnet Health Medical Center will be better prepared during not only this pandemic, but for any that may occur in the future.

As for many essential workers, the selfless act of caring for a community at times demands an immeasurable cost. Garnet Health Medical Center itself lost dedicated members of its team. We remember their sacrifice, and the impact they had on our hospital community and all the patients they touched. 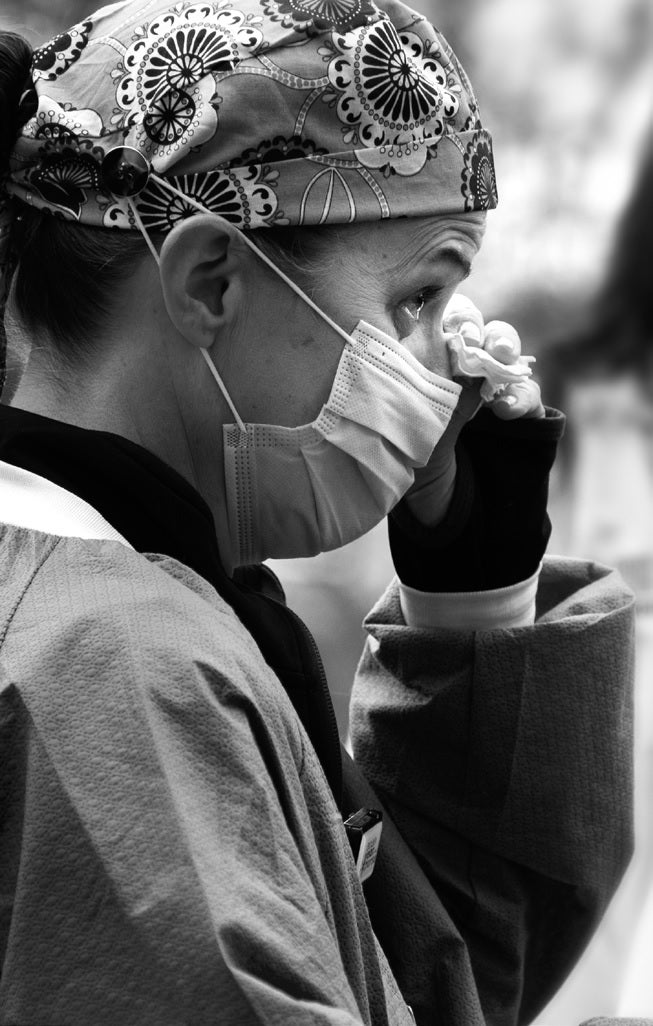 “I look at this photo now and I go back to our darkest day. It reminds me of how emotional and frightening that time was for all of us. God bless us all as we went through the most horrific time of our careers.”

We truly appreciate the generosity of all of our donors.